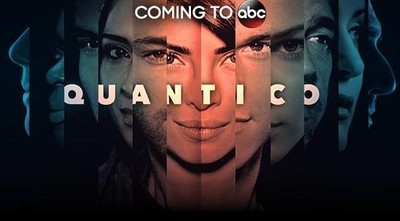 Priyanka Chopra is all set to debut on American television as an FBI agent in the drama series, Quantico, which is a part of the ABC Networks.

The story of the show revolves around a diverse group of recruits, who arrive at the FBI Quantico Base for training.

Priyanka will essay the lead role of Alex Parrish, who is the half-Caucasian, half-Indian FBI trainee, with a haunting past.

Priyanka Chopra is the first Indian actress to play the lead in an American TV series. Priyanka had quoted as saying that, "I am constantly looking for new challenges that push the boundaries of my creativity and talent.

I have had an amazing experience shooting the pilot episode with them. I can't wait to get back on set to see where the writers lead us.

The series follows a group of young FBI recruits, all with specific reasons for joining as flashbacks will detail their previous lives, battling their way through training at the Quantico base in Virginia.

However, the series will reveal in a flash forward twist that in which one of the recruits, once they graduate from the academy, will be suspected of masterminding the biggest attack on New York City since 9/11.