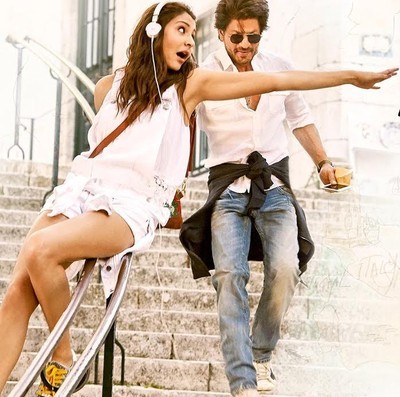 Audiences feel that this movie lacks the flashes of ideational, experiential and tonal originality that livened up parts of the earlier films.

The movie is centered around the relationship between a Punjabi tour guide (Harry) and a Gujrati girl who lost her ring during a family vacation and intends to find it no matter what.

Jab Harry Met Sejal minted Rs 15.25 crore on its opening day and didn't witness any hike in its collection on Saturday and Sunday when it collected Rs 15 crore and Rs 15.50 crore respectively.

However, on Monday, which also happened to be the festival of Raksha Bandhan, the movie only managed to rake in Rs 7.15 crore.

This further has dropped. Box Office India predicts that the total collection of Jab Harry Met Sejal will be approximately Rs. 58 crore till the end of this week.

According to a latest report on BoxofficeIndia.com, the film has collected Rs 100 crore approximately in just three days with Rs 43 crore gross overseas collection.

With gross domestic collection close to Rs 57 crore, this rom-com has won hearts all over the globe.

The lifetime collection could end up lower than 70 crores which will make it lowest grosser for SRK since Chak De India.

Jab Harry Met Sejal  is made on a budget of Rs 90 Crores.

The Kapil Sharma Show on Sony to have Shahrukh Khan as the f...