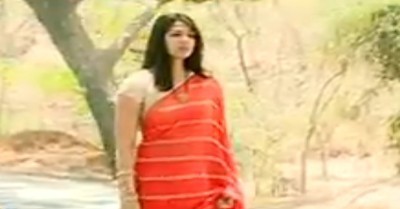 In the upcoming episode of Udaan which airs on Colors there have been a variety of twist on the current scenerio track.

Imli gets fed up of Vivaan's doubtful nature and decides to end her life so that Imli can have some peace.

Vivaan on other end is being filled with enmity with Imli on the feeds of Ragini's evil plan.

Imli with heavy heart take this decision of doing suicide and also does all the preparations for the same.

As Imli was going to do suicide suddenly Chakor and Suraj reached the place and pulled Imli off the cliff.

On eyeing Imli's state Chakor and Suraj decided to clear all the misunderstandings amid Vivaan and Imli.

It would be interesting to watch as to how would Chakor and Suraj's team prove Vivaan's doubts regarding the child to be aimless?

Stay tuned for further details and developments in storyline.

Chakor (Meera Deosthale) and Vivaan (Paras Arora) join forces against Imli (Vidhi Pandya) and Suraj's (Vijayendra Kumeria) illegitimate relationship in Udaan Udaan have made quite a progress in the relationship factor ...

Imli's (Vidhi Pandya) heart broken by Vivaan's (Paras Arora) sudden anger in Godh Bharai ritual in Udaan Serialgossip is here again to update you from all the sensational drama in the ...

Ragini exchange DNA reports to mislead Vivaan (Paras Arora) and Chakor (Meera Deosthale) against Suraj (Vijayendra Kumeria) in Udaan Udaan is a serial which have made a rapid growth in the ...

Udaan: Vivaan mistreats Imli with hatred for misconception against Suraj-Chakor

Vivaan (Paras Arora) mistreats Imli (Vidhi Pandya) with hatred for misconception against Suraj (Vijayendra Kumeria) and Chakor (Meera Deosthale) in Udaan Udaan have been creating history with it's numerous twists in ...

Vivaan (Paras Arora) misguided by Ragini against Chakor (Meera Deosthale), Suraj (Vijayendra Kumeria) and Imli's (Vidhi Pandya) pregnancy drama in Udaan There goes along a massive twist in the very own ...

Suraj (Vijayendra Kumeria) and Chakor's (Meera Deosthale) love in dark romantic moments captured on camera in Udaan Udaan is a serial which portrays a variety of drama and romance in the ...