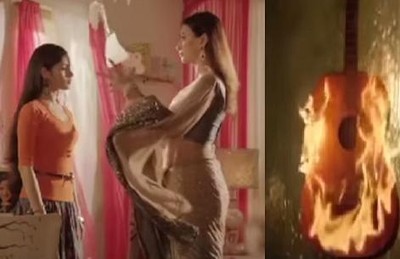 Colors Television is all set to introduce new set of shows with interesting storyline and Tu Aashiqui is one more love story that will start off soon along with Arjun Bijlani’s Ishq Mein Mar Jawan.

Actress Jannat Zubair Rahmani who was seen as Phulwa on the Colors show has now grown into a beautiful youngster.

Jannat will be seen in a lead role on Colors’ new show Tu Aashiqui opposite Ritik.

Jannat’s character name will be Pankti Sharma in the show while Ritik will be seen as musician Ahaan Dhanrajgir.

Ahaan’s character will be similar to that that Aditya Roy Kapur in Aashiqui 2.

Ahaan and Pankti's Aashiqui to start off

Gauri Pradhan Tejwani will also be seen making comeback and will be seen as Pankti's mother.

The show is produced by Mahesh Bhatt and Gurudev Bhalla.

As per the latest promo, Gauri asks Pankti to get married to someone else where Pankti is in great dilemma as she loves Ahaan.