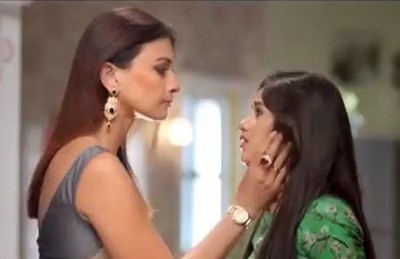 Tu Aashiqui is based on similar lines as of Hollywood movie Endless Love.

Maheash Bhatt wants to recreate Aashiqui on screen thus viewers will get to witness Ahaan and Pankti’s endless love that will kick start.

Unfortunately, in this endless love of Ahaan and Pankti, Pankti’s mother that is Gauri Pradhan Tejwani will be seen as their biggest villain.

As per the latest promo, it’s seen that Gauri shouts at Pankti to not dare and meet Ahaan once again.

Gauri reveals that Pankti is not her daughter but her investment.

Thus, Gauri will be seen getting Pankti married forcefully against her wish.

Left with no other option, Pankti will decide to sacrifice life by committing suicide.

It would be really interesting to see how this endless love story shapes up further.