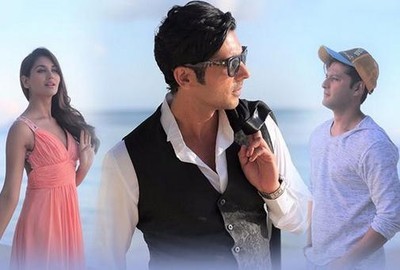 Some disappointing news for the fans of BigB Amitabh Bacchan and reality show Kaun Banega Crorepati is coming up.

Though KBC started in August after a gap of 4 years, it was of finite episodes and its time to bid bye to the show this October end.

Some good news for the disheartened viewers is that they will get to see Bollywood star Zayed Khan making his debut on small screen with Haasil that will be replacing KBC.

Haasil and Ek Deewana Tha to take off soon

Haasil will aslo be featuring Nikita Dutta and Vatsal Sheth in its lead role.

Both the new shows will be replacing Kaun Banega Crorepati from October 23.

Let’s wait and watch if the two newbies will fair in keeping audience glued.

Keep tuned to get more updates and news.