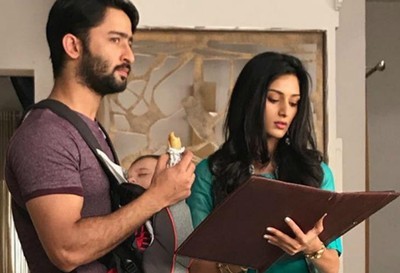 Kuch Rang Pyaar Ke Aise Bhi is up for some interesting drama as Dev and Sonakshi’s swap roles.

It was earlier seen that both Suhana and Golu fares poorly in during their assessment while later on Dev and Sonakshi both makes them study hard.

However, Golu prefers to cheat using his phone and fares well in the exam.

On the other side, Suhana works had and makes Dev-Sona feel proud.

In the upcoming episode, viewers will get to witness shocking twist as Golu will become target of Blue Whale Game.

Golu will start behaving strange and Dev-Sonakshi will not come to know the reason behind Golu’s wild attitude.

It would be really interesting to see how Dev and Sonakshi tackle this new challenge in their life.