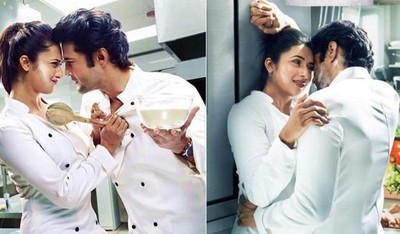 Both the actors will be seen playing the role of a chef.

The show is all set to get released in the month of December.

Earlier the male lead was kept under wraps but now it is officially released.

Divyanka Tripathi is currently seen in Star Plus show Yeh Hai Mohabbatein while Rajveer Khandelwal shot to fame with his Star Plus show Kahin Toh Hoga as Sujal and till date he is popularly known as Sujal.

Limelight of the show is Divyanka and Rajeev compliment each other quite well.