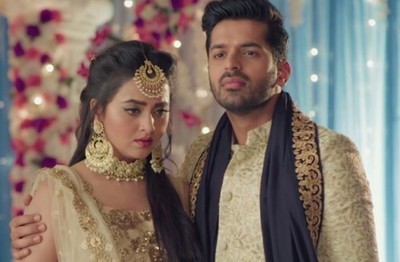 Veer after getting engaged to Mishti gets Mishti’s surname on his passport instead of Mishti changing her name.

Seeing Veer’s eternal love for Mishti, Mishti gets teary eyed and fears of losing him due to Mauli’s dreadful past.

Veer consoles Mishti and promises to always love her and kisses her eyes.

Ruhaan witness this beautiful moment and captures the duo.

It would be really interesting to see if Veer or Mishti herself crosses limits.