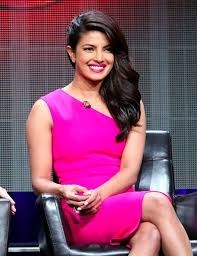 Especially because of Priyanka Chopra's Hollywood entry with Quantico.

Recently Priyanka tweeted thanks to all her fans and share that her Instagram followers has reached fifty lakh.

Priyanka said that our family is increasing and gives her heartiest thanks to her fans from all over the globe.

Priyanka has also been warmly accepted for her Hollywood entry and has won People's choice award.

Priyanka is now all set to be part of Oscar and has managed to get position in Oscar presenters list.

Stay tuned for more exciting updates of films and television.

Priyanka Chopra will play in lead role as a Alex Parrish in ...