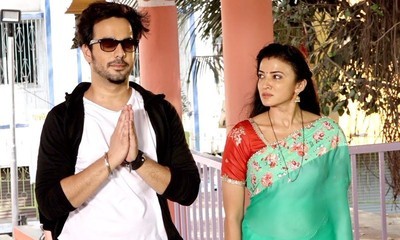 It seems Arya finally gets to see Shitij’s real side.

Arya feels guilty for distrusting Sahil and Vedhika while they were always right.

Shitij to exact his revenge tries to attack Vedhika but Sahil saves her on time.

Shitij gets arrested but the he tries to flee away.

Further Shitij manages to attack both Sahil and Vedhika shooting them together.

Sahil Vedhika fall off the cliff and die.

Is this the end of Sahil Vedhika’s love story?