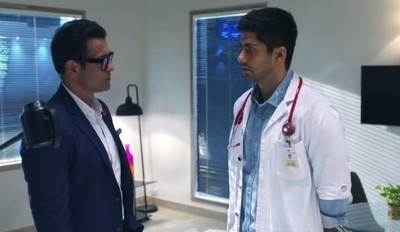 It was earlier seen that due to Ishani, poor Sid gets suspended by Dr Vardhan.

Sid does not even get any chance to explain and prove his innocence.

Further Ishani confronts Vardha for his cheap planning in spite of Shashank being alive.

Furious Vardhan thinks to suspend Ishani but her video helped him to suspend Sid.

Vardhan reveals that Ishani should get a second chance for her good deed of helping him indirectly.

Ishani is unaware that Vardhan is the real devil in Sanjivani.

Will Ishani realise her mistake?

Sanjivani 2: Ishani influence Juhi to save Shashank's life as Gurudakshina