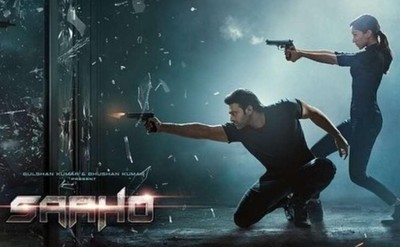 Saaho, Let victory be yours is all set to hit the theatres on 30th August 2019.

Marking Shraddha Kapoor's debut in South Indian cinema, the film has been produced with a budget of ₹350 crore.

Prabhas feels the load to make the movie a grand success post his big movie Baahubali.

Many popular actors are seen in Saaho where Prabhas and Shraddha Kapoor as Amritha Nair in lead roles.