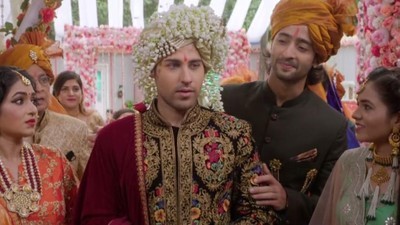 It was earlier seen that Mishti too comes to meet Abeer during the Ganesh festival.

Kunal turns upset once again where Mishti confronts him.

Mishti once again apologize for her mistake but Kunal remains unaffected.

Kunal reminds Mishti about her rejection which led to break up in his family.

Kunal thus warns Mishti about the upcoming storm in her life.

Further Kunal also reminds Mishti about her trapping Abeer in her fake love.

Kunal once again refuses to forget Mishti which leads to a major challenge for Abeer.

Mishti and Abeer realize the marriage issues of Kunal and Ku...