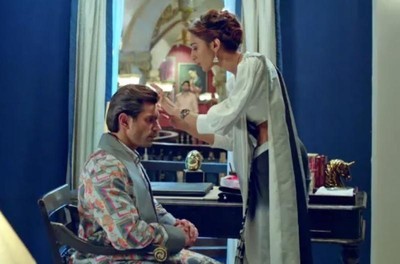 It was earlier seen that Bajaj gets arrested on Anurag’s complaint.

Bajaj agrees to go with police where he does not show his innocence.

Bajaj feels that Prerna believes he has committed mistake and he should get punished for the same.

Hence Bajaj goes and sits inside the jail thinking about Prerna.

Bajaj’s personal assistant gets bail paper to free him but Bajaj refuses to sign the same and get out.

Prerna here comes to meet Bajaj inside the jail and misunderstands him seeing his attitude.

Will Prerna realise that Bajaj is a changed person now?