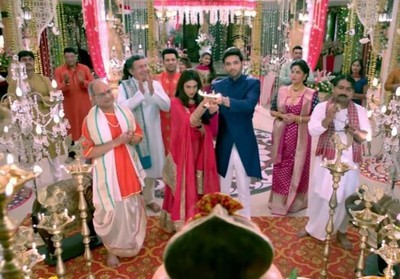 The upcoming episode of Star Plus show Kasauti Zindagi Ki 2 will showcase shocking twist and turn.

It was earlier seen that Bajaj falls for Prerna and gets happiness to see Prerna around him.

On the other side as Anurag gains consciousness he accuses Bajaj for attempt to murder on him.

Bajaj accepts the blame as Prerna too accuses him.

Bajaj goes behind the bars and at the same time refuses his bail too.

Bajaj wants to step out of the jail only if Prerna forgives him.

It would be really interesting to see if Anurag and Prerna gets united post Bajaj steps back.

Kasauti Zindagi Ki 2: Bajaj's stay in jail to put Prerna in dilemma over Bajaj's unknown side