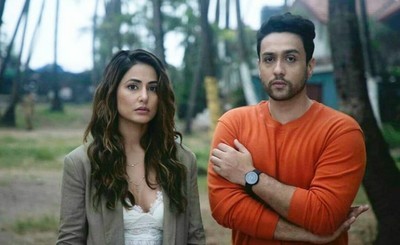 The actress Hina Khan, who played the character role of Komolika Choubey in Kasauti Zindagi Ki 2 will be sharing digital screen with actor Adhyayan Suman.

Hina Khan and Adhyayan Suman are roped in a psychological drama web-series 'Damaged 2' which will also have the twist of supernatural elements.

Hina Khan will play the character role of Gauri Batra, who is the owner of a tourist guesthouse which has many secrets graved in the walls.

The second season of Damaged and directed by Ekant Babani will soon go on-air on Hungama Play.

Adhyayan Suman is an actor and singer by profession and is the son of Shekhar Suman. He was recently seen in Haal-e-dil, Raaz, Heartless etc.

Beside the busy schedule of Hina Khan, she has bid adieu to her former show Kasauti Zindagi Ki 2.

Stick around serialgossip.com for more fresh updates of TV Town and TV Celebs.