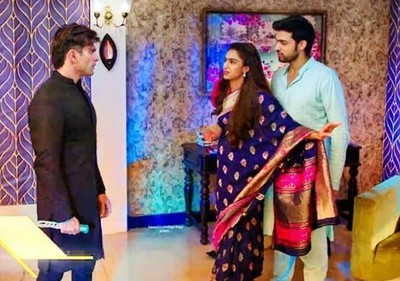 The popular soap opera of Star Plus Kasauti Zindagi Ki 2 is finally going to see the track of Prerna’s pregnancy.

The coming up episode storyline will see a deadly fight between Anurag and Bajaj.

Bajaj has gone mad to kill Anurag after all Anurag had collected the strong evidence against him.

Where Bajaj wears mask and attempts to kill Anurag dead amid the dark night, Anurag succeeds in unmasking him.

However, this deadliest fight amid Anurag and Bajaj will lead to Kuki’s accident when she will fall while trying to stop Bajaj.

Kuki’s critical state and Bajaj got exposed before Prerna, the shocking circumstances will bring a hard time for Prerna.

In between this, what is coming up more exciting is finally Anurag will get to realize Prerna’s pregnancy.

The makers have finally introduced Prerna’s pregnancy chapter in the show.

Prerna will now be seen with her pregnancy where soon Anurag will come across Prerna’s pregnancy.

Let see how Anurag will react on knowing Prerna’s pregnancy.

Till then stay tuned to serialgossip.com for more twists and turns.

Komolika and Ronit plan war on Anurag Prerna and Mr Bajaj in...