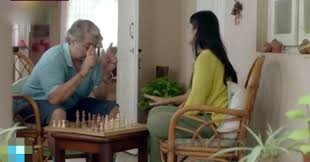 Sony Entertainment Television is coming up with all new show Mere Dad Ki Dhulan which is a love drama.

Mere Dad Ki Dhulan is a family drama which focus on out of the box story of mid aged love.

Anjali Tatrari will play Nia that is Varun Badola aka Amber's daughter who has lost his life partner years ago.

Amber is now Nia's responsibility and she is doing what all it takes to be a good daughter.

While here she is scared to think as what will happen after her marriage and amid all this Guneet marks entry in their life.

Guneet's entry is going to add fun and dhamaka and thus Nia will try to make up Guneet and Amber's bonding and relationship.