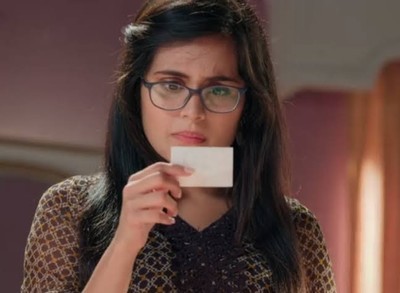 Star Plus popular daily soap Yeh Rishtey Hain Pyaar Ke is gearing up for interesting twist in the story.

Mishti had left her goddhana and heads to Rajgarh to find Mehul's truth.

Mishti gets to know shocking truth about Mehul and how he had played with Meenakshi and Parul's life in past.

Mishti also finds as how Mehul had done frauds and had trapped Abeer Kapadia's name in it.

Mishti tries to connect to Abeer and calls him, while instead of Abeer his father Mehul picks up call.

Mishti couldn't understand who it is as there is disturbance in the line and thus tells all truth she has learned about Mehul.

Mehul hears it and is shocked as Mishti knows his all truth and now he gets deadly for Mishti.

Mehul is not ready to let her truth come out in any case, stay tuned for more exciting updates of the upcoming episodes only on serialgossip.com