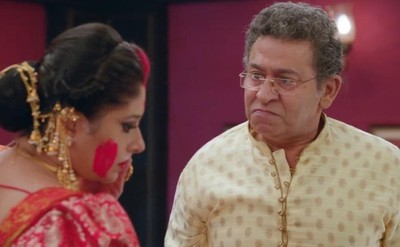 It was earlier seen that Prerna had to leave Anurag due to his memory loss twist and Sonalika’s entry as his wife.

Prerna makes silent exit for Anurag or else his condition might worsen.

Now destiny brings the duo together once again where Mohini tries to keep them away.

Mohini likes Sonalika for Anurag not Prerna and wants her out of his life.

While Mohini raise objection and point finger on Prerna’s character by stating that she is carrying Bajaj’s child.