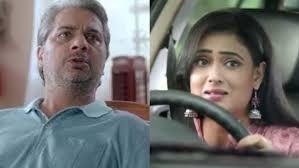 Amber and Guneet already had a bitter encounter and don't want to see each others face again.

Here Nia brings Guneet to her house as new tenant and thus encounter of Amber and Guneet brings a blast.

Guneet and Amber's blast is going to be dhamakedar, while Nia couldn't bear it and bursts at both.

Nia asks them to adjust and try to think of her as well, Guneet and Amber thus agrees to make adjustment.

These nok jhok of Amber and Guneet adds fun tadka in their life and will soon transform into perfect jugalbandi of relationship.