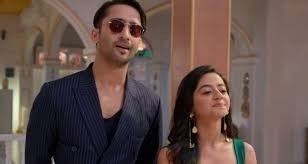 Mishti and Abeer had their encounter but bitter misunderstanding creeps, Abeer thinks that Mishti has moved on in life with Nishant.

Abeer is bearing the pain while here Abeer soon gets the happiness.

Abeer gets the happiness as he finds that Nishant loves Neha and Mishti is just helping him.

Abeer is overwhelmed and here he offers to help Mishti in Nishant and Mishti's marriage union.

Abeer and Mishti will again come together for the mission and thus will take things forward.

This act of playing cupid for Nishant and Neha, Abeer and Mishti willl get closer.