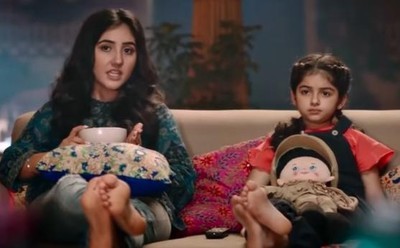 It seems Mini falls extremely sick where Neil brings her home in his car.

People point finger on Mini’s character where they compare her with Babita.

Neil takes strong stand for Mini and supports her where he reveals the reality.