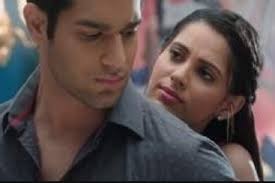 Pari will end up getting pregnant and Rohan thus panics, Rohan panics and refuses to accept this relationship.

Pari is shocked as she had not expected this, here Sonakshi and Suman will learn about Pari's pregnancy.

Suman will go crazy and Sonakshi calms her down and assures to sort the issue, Sonakshi bursts at Pari.

Sonakshi gets shocked as Pari takes Rohan's name and here Sonakshi has major dilemma infront of her as what will she do now.