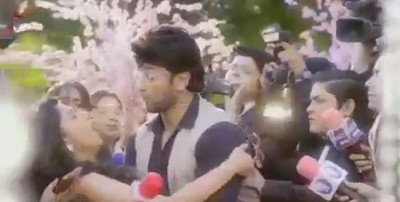 Akshat and Guddan parted ways on a bitter note when Akshat believed in Antara and broke all ties with Guddan.

Guddan also left Akshat and moved on in her life that now after 3 years fate has again brought Guddan to Akshat.

Guddan takes a big step of returning back to Indore where she has come for her movie promotion.

Guddan is now a top model and actress whereas Akshat is still in trauma of Guddan's betrayal.

The upcoming episode will see Guddan and Akshat's major showdown when Guddan will enter in Indore.

Antara played evil game with Akshat and Guddan but now Guddan is back in Akshat's life.

Akshat and Guddan will have their hit n miss moment, but let see how Akshat will react on seeing Guddan again.

Stay tuned with the best source of television updates at Serialgossip.com