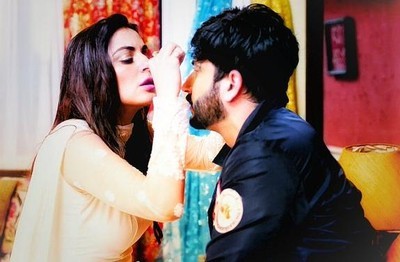 It was earlier seen that Karan promises Preeta to get her out of jail soon.

Karan does not find any way as Mahira and Sherlyn blocks everything.

Mahira wants Karan to marry her and hence Karan cracks a deal with Mahira.

Karan asks Mahira to release Preeta and he will definitely marry her.

While Mahira accepts the deal with dirt in mind as she is not going to spare Preeta so easily.

Mahira all set to cheat Karan and win both

Mahira is all set to marry Karan but keep Preeta behind the bars.

On the other side Karan thinks of romancing Preeta as he has finally realised his true love.

Will Karan be able to save Preeta and stop his marriage with Mahira?