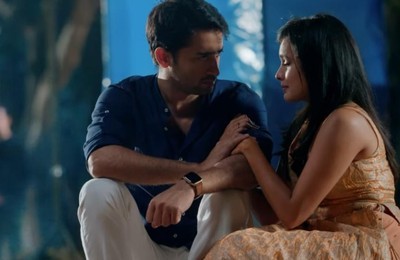 It was earlier seen that Abeer refuses to keep Meenakshi as the part of his marriage.

Meenaskhi although is true this time but gets no place in Abeer’s heart.

Abeer refuses to trust Meenakshi as he does not want to harm Mishti.

Now Meenakshi seeks help from Nanu where she plans a surprise for Mishti.

Meenakshi decides to transfer her entire wealth and property on Mishti’s name.

Meenakshi turns Mishti new owner of Rajvansh family which will come as a big shock for Kuhu.