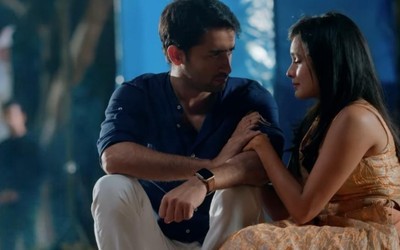 It was earlier seen that Meenakshi tried all possible things to separate Abeer and Mishti.

But Meenakshi realised her mistake that Mishti is gem for Abeer as she saves his life not once but twice.

Meenakshi feels burdened where she promises Mishti to never try and break their relation.

Further Meenakshi assures Mishti over the same and promises to getaway and head for Tirthyatra.

Mishti wants Meenakshi to be part of her marriage with Abeer

Mishti wants Meenakshi to be part of her and Abeer’s marriage.

What will Mishti do to convince Abeer and get Meenakshi back for their marriage and blessing?

Stay tuned to serialgossip.com for more news on entertainment world.