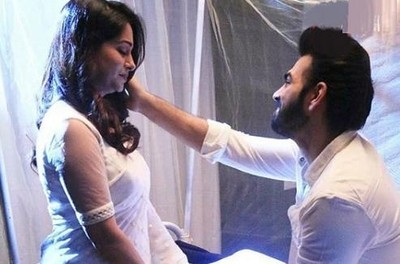 Star plus most loved TV serial Kahaan Hum Kahaan Tum has reached at it's climax.

The love story of Rohit and Sonakshi is going to kick start again in the end part of the show.

As soon as Sonakshi's blood test reports come negative and is not suffering from super virus, here Rohit gets trapped.

Rohit badly gets infected by the super virus and his health is continuosly deteriorating.

Sonakshi takes secret disguise of nurse and heads to protect her love from the deadly plans of evil Nishi.

Where Sonakshi has learned everything about how Nishi blackmailed Rohit to separate her from him,

Sonakshi turns to fight back Nishi and protect Rohit and Sippys from her filthy conspiracies.

Let's see how Sonakshi will bravely give an end to Nishi's dirty games.

Stay tuned with us for more updates and latetst news of TV serials.