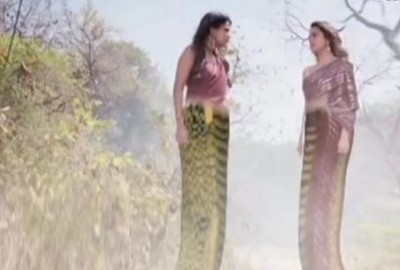 Colors popular supernatural show Naagin 4 is looking forward for the deadly fight between Vish and Brinda.

As soon as Brinda comes to know about her mother Manyata's death.

Brinda gets in quick action to save her mother but all goes in vain.

The viewers will get to see high voltage drama when Brinda has realized the evil identity of Vish and her dirty motives behind getting friendly towards her.

Brinda and Vish will challenge the ferocious fight opening blood war against each other.

Let's see how Brinda will end this game taking revenge of her mother's death from evil Naagin Vish.