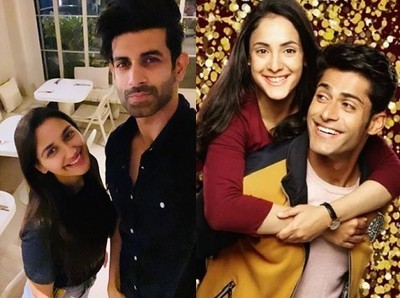 One of the most successful and popular TV series Ek Duje Ke Vaaste is back with season 2.

The unique love story of Shravan and Suman won lots of love and is still winning the love with second season.

The characters are same Shravan and Suman while the story is also following the old concept,

However which couple you like the most, Nikit Dutta and Namik Paul or Mohit Kuman and Kanikka Kapur.

Mohit Kumar and Kanikka Kapur both are making their acting debut with Ek Duje Ke Vaaste 2 and fans quite love them.

Mohit Kumar dating his co-star Kanikka Kapur inside story of...