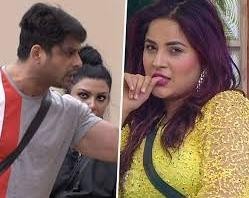 Shehnaz Gill the Katrina Kaif of Punjab shot to fame with the reality show Bigg Boss 13.

Shehnaz Gill turned very popular and she built huge fan base instantly with her cute tantrums, melodrama, her bonding and chemistry with Siddharth Shukla on reality show.

Shehnaz thought that she will not win Bigg Boss and hence she signed the new show.

If not winner she would have surely emerged as a runner up in reality show.

Keep tuned for more spicy gossips on our site.