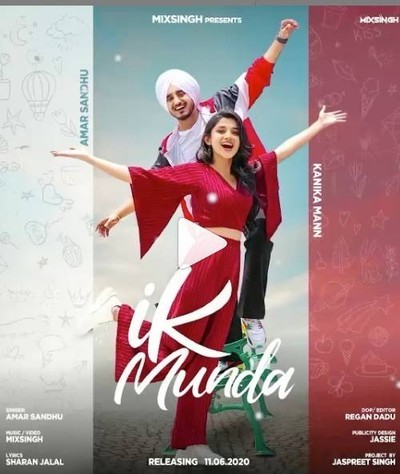 Before entering the telly industry Kanika Mann was model actor who used to do modeling in Punjabi songs,

While doing work in Guddan Tumse Na Ho Payega, Guddan aka Kanika Mann also did many musical video songs alongside.

Also Guddan Tumse Na Ho Payega’s shootings has been started where soon serial will premier on the television.

Amid all this, Guddan roped in another project where her musical video song “ Ik Munda” will be out on 11th of June.

Singer of this song is Amar Sandhu who has been paired opp to Kanika Mann,

Wishing all the best to Guddan aka Kanika Mann for success of her musical video song, but also everyone is missing their Guddan to see her back in the show.