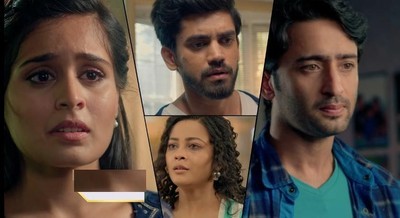 The upcoming episode of Star Plus serial Yeh Rishtey Hai Pyaar Ke will witness major turning point in the storyline.

It was earlier seen that Meenakshi commits suicide as Abeer does not second marriage neither surrogacy but wants adoption.

Meenakshi is unhappy with the same while Abeer Mishti returns to Meenakshi.

Abeer and Mishti rethink on their decision of adoption.

While on the other side Meenakshi targets Kunal now seeing him weak.

It would be really interesting to see if Kuhu Kunal Abeer Mishti agrees for this decision.

Let’s wait and watch for the upcoming twist in YRHPK.