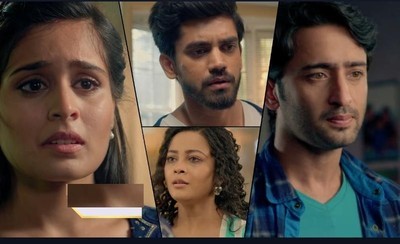 Yes Abeer and Mishti along with Kunal and Kuhu’s YRHPK is all set to go off air.

Star Plus has decided to pull the plug out of the show and in fact handover this prime time slot to Saath Nibhana Saathiya 2.

Saath Nibhana Saathiya 2’s promo was recently released and the channel came to know about the huge popularity of this serial.

Develeena Bhattacharjee and Rupal Patel are going to be part of the show from season 1.

The new star cast details are not yet revealed.

This is good news for fans for Saath Nibhana Saathiya who are waiting for the serial to go on floor.

On the other side bad news for Abeer Mishti and Kunal Kuhu fans.

Rajan Shahi also got to know about this breaking news today itself.

He has decided to give their serial a good ending with interesting climax.

Keep tuned to serialgossip.com for latest news on telly town.

Mishti (Rhea Sharma) life to get struggling after Kuhu (Kave...