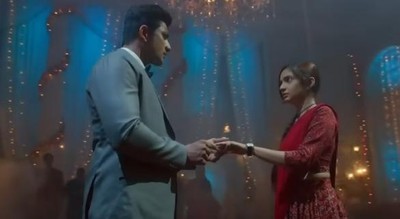 It seems Rani meets with accident due to Veer’s mistake who is Rajeshwari’s son.

Veer is a prince while Rani is Ramo Kaka’s daughter who works in Veer’s house.

Veer brings Rani to his house in his arms and sends her to servant quarters.

However Rani takes place of Kiara who was all set to get engaged to Veer.

On the other side Rajeshwari does not have sympathy for low standard people.

Rajeshwari treats poor people and her workers only like servant and does not keep any sympathy for them.

While Rani marks her stunning entry to change Rajeshwari’s this mindset.

Rajeshwari is soon going to regret her remarks as her son Veer is all set to fall in love with Rani.

Rani although is poor but is rich with intelligence.