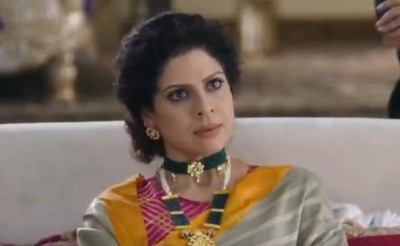 It was earlier seen that Ramo gets arrested from the crime which he has not done.

Ruthless Rajeshwari does not care for anyone.

While on the other side Rani is much tensed for the household income.

Rani thus decides to show her excellent mark sheet to Rajeshwari and seek good job from her.

However, ruthless Rajeshwari chooses Rani as the appropriate candidate for servant’s job.

Rajeshwari tears Rani’s mark sheet where she feels Rani just deserves to be a servant not to work in office.

It would be fascinating to see how Rani prove her intelligence to Rajeshwari and Veer.

Will Veer be able to help Rani to change her future story?

Till then keep tuned to serialgossip.com for more updates on Apna Time Bhi Ayega.