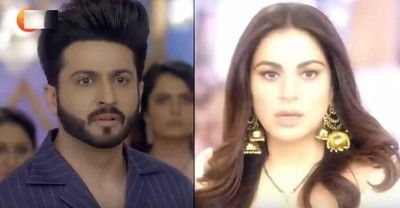 It seems Police comes to get Karan arrested.

While Preeta saves Karan from the charges stating that she is Karan's wife Preeta Luthra.

On the other side Prithvi tries to kill Mahira by injecting her.

Prithvi wants Mahira to die so that Karan gets lifetime imprisonment.

Mahira comes back to life where she does not complain against Karan.

Further Mahira meets Karan and expresses her love furthermore she emotionally blackmails Karan to let her stay with him.

Left with no other option Karan agrees to let Mahira stay back.

Preeta gets angry, but she is helpless to agree with Karan.

While Mahira has some dangerous plan against Preeta this time.

Let's see how Preeta take care of Mahira this time.