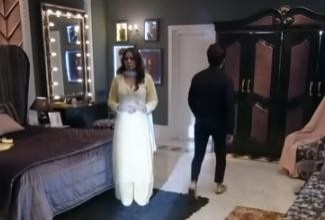 It was earlier seen that Preeta was on a mission to save Kritika's life from evil Akshay.

Akshay is a bad man where he is all set to ruin Kritika's life.

Preeta wants to expose him and gathers evidence against Akshay.

When Preeta expose Akshay he shifts the entire blame on her.

Kritika asks Preeta to back out and forgive and forget while Preeta is not ready to let this happen.

Not only Kritika, Karan is much disappointed with Preeta's insane act.

It would be interesting to see how Preeta stops Akshay Kritika's wedding.