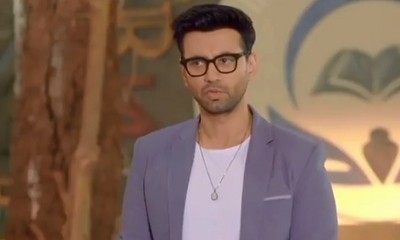 Anokhi demands justice from the college authorities but because Kitty and Bebo hail from Sabherwal family, the authorities don't pay much heed to her voice.

Shaan promises Anokhi to bring her justice but not inform the media.

However, the media barges in the college and begins to question Anokhi which shocks Anokhi to the core.

Shaan gets angry at Anokhi for confessing the truth to the media when he stopped her.

Anokhi falls in another trap because Anmol and Bebo's gang called the media but poor Anokhi gets blamed.

Shaurya gets troubled when Shaan confronts Anokhi for calling the media while Anokhi is explaining her innocence.

Will Shaurya be able to find the truth and help Anokhi?

Stay tuned with SERIALGOSSIP.COM to know what happens next in the show.

SAAKK: Shaurya saves Anokhi to pull off his ego

SAAKK: Anokhi leaves her wedding to challenge life with Shaurya