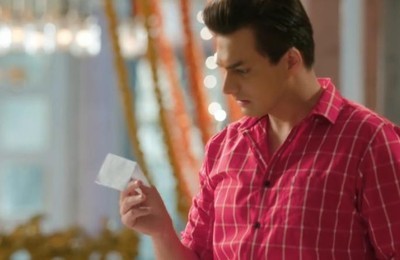 The upcoming episode of Star Plus most popular and longest running serial Yeh Rishta Kya Kehlata Hai will showcase interesting twist and turn.

It was earlier seen that Kartik post confessing marriage truth for Sirat breaks down in his room.

Kartik feels guilty for speaking about marriage with someone else as he loves only Naira.

Kartik was about to rush to meet Sirat when he gets a secret letter from Kairav.

Kairav's this letter mentions that he is aware that Sirat is not Naira but wants Sirat as his new mother.

Kartik gets shocked to know the truth that Kairav is aware of Sirat's real identity which is she is not Naira.

All this while Kartik was keeping Sirat to make Kairav understand the truth but he is already aware and is hopeful of Kartik Sirat marriage.

YRKKH: Sirat past insist her to reject Kartik proposal for marriage