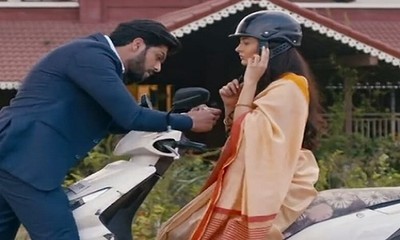 Raghav and Pallavi develop intense hate for each other amid the ongoing misunderstandings.

Soon, Raghav and Pallavi's wedding sequence comes where the real mastermind behind their revengeful marriage is none other than Sulochna.

Sulochna gets Keerti and Amma arrested and puts all blame on Pallavi.

Stupid Raghav blindly believes that Pallavi is the one behind his Amma and Keerti's arrest and thus goes mad for revenge.

Though Farhad tries hard to convince Raghav that Pallavi is innocent but Raghav pays no heed.

Whatsmore, Raghav forces Pallavi to marry her or he will bring her family on the roads.

So how terrifying Raghav and Pallavi's life after marriage will be?

Stay tuned with us to know more.