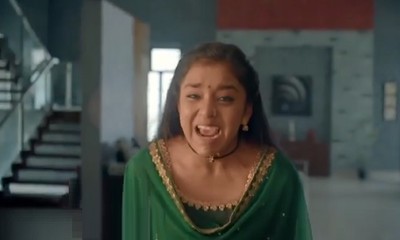 Malini faces a very heartbreaking situation when she sees Imlie's article in the newspaper which Aditya wrote.

Though Malini is happy for Imlie, Malini has finally sensed Imlie and Aditya's love affair.

Malini recalls how everything changed between her and Aditya's relationship after his kidnapping and Imlie's runaway.

Malini feels betrayed and thus commits suicide after dressing up as Aditya's bride.

Aditya and Imlie both hospitalize Malini but the letter which Malini wrote before committing suicide is going to create huge misunderstanding amid both Aditya and Imlie.

Malini has very well played her mind game against Aditya and Imlie.

Aditya and Imlie get at the daggers drawn after the huge revelation of Malini's letter.

So, make sure you don't miss any updates at Serial Gossip.com

Imlie: Shocking Reason behind Malini's suicide The story of...

Imlie: Malini ends her life only to trap Imlie

Imlie: Malini ends her life only to trap Imlie Star Plus pr...

Imlie: Aditya Imlie's marriage gets revealed to Rupali In t...