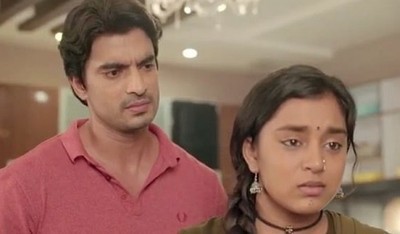 In the upcoming episode story of Imlie, Malini has revealed her ex-love story to Aditya

Malini is playing her evil tactics on Aditya as she very well knows that Aditya has something going on in his life.

Thereby, Malini tricks Aditya revealing how she used to like a guy in her college life and now she regrets marrying Aditya.

Poor Aditya doesn't know what is going on in Malini's mind and thus splits the truth that he should have gathered the courage to reveal his truth also.

Malin raises an eyebrow at Aditya's such confession as finally, he confessed that he also has someone else in his life.

While Malini's suicidal attempt has left Aditya and Imlie in a major dilemmatic situation, what big twists and turns will come after this?

Aditya and Imlie want to confess their truth before Malini, but will Malini let them stay together?

Read the next update at Serial Gossip.

Imlie: Malini's Pehla Pyaar not Aditya but someone else

Imlie: Malini's Pehla Pyaar not Aditya but someone else The...

Imlie: Aditya and Imlie arrive to confess the marital truth ...

Imlie: Malini worsens everything for Aditya Imlie The popul...