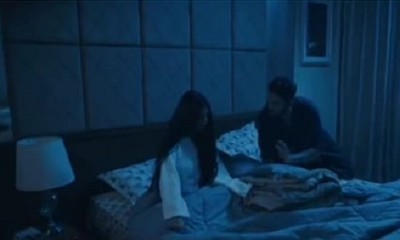 Raghav returns home to stay the night when Pallavi and Raghav have to share same room.

Interestingly, Raghav doesn’t leave the bed and goes stubborn to sleep on the same bed.

Raghav gets scared of Pallavi and tries to calm her when Pallavi grabs Raghav from his neck punches in his stomach.

Pallavi scares Raghav to the core as Raghav falls back leaving the bed.

How Raghav will now sleep with Pallavi after getting Pallavi’s punch is super exciting to watch next in Mehndi Hai Rachne Wali.