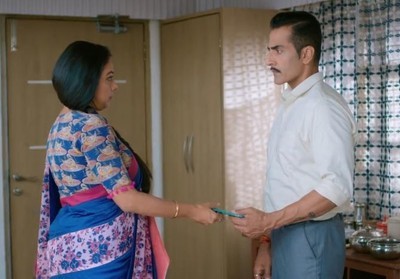 It was earlier seen that Anupama does not pay any heed to Vanraj's concern where she wants him to marry Kavya as soon as possible.

Vanraj is so much confused that he always wanted Anupama as his wife and Kavya just for time pass.

Finally Kavya and Anirudh are divorced too now.

Kavya is so happy that she wants to marry Vanraj as soon as possible.

Anupama comes to know about Vanraj Kavya's marriage where she is happy.

But Anupama looks at Vanraj who is tensed and is in deep thinking for some action around.

Vanraj upto something to avoid marriage with Kavya

Will Vanraj do something?

Anupama: Kavya and Vanraj relation on stake, Kavya gets horr...

Anupama: Anirudh confession of love forth Kavya, Vanraj than...

Anupama: No Divorce for Anirudh Kavya Smokey happiness for Vanraj

Anupama: No Divorce for Anirudh Kavya Smokey happiness for V...