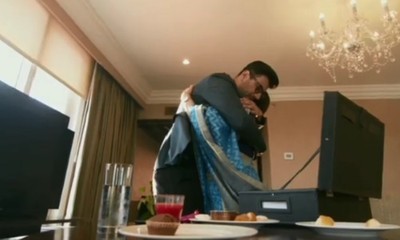 The popular TV series Shaurya Aur Anokhi Ki Kahani has finally brought the moment for which Astha waited for 25 years.

At the same time, Shaurya realizes Astha's worth in his life and how she was never wrong in her place.

Further in the storyline, when Shaurya meets Astha, Astha excitedly shows his toys, his childhood pictures, and every belonging that she kept with her for the past 25 years.

Finally, Astha's prayer comes true when Shaurya with tears in his eyes hugs Astha and calls her Maa.

Astha and Shaurya get emotional as they tell how much they missed each other for the last 25 years.

Shaurya finally accepted Astha as mother and now the time arrives when Shaurya brings Astha to the Sabherwal house.

So how exciting the new story track will be, make sure to check out the new updates at SerialGossip.com

Shaurya Aur Anokhi: Shagun hugs Shaurya only to backstab him