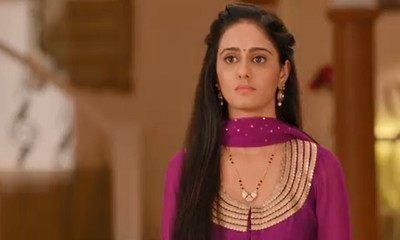 Sayi is excited about her performance in the college function when she thinks to invite the family.

The Chavans refuse to be a part of Sayi’s time-waster but Sayi is adamant to invite them.

Sayi creates a new drama when she attempts to suicide and threatens the family that if they will not attend the function then she will hurt herself.

As Sayi hilariously forces the family to attend the function,

Sayi’s four friends in the get-up of Police mark their entry to enact her plan further.

Ninad and the family refused to attend the function but Sayi’s good drama convinces them.

Meanwhile, Sayi’s friend aka Police spice up her drama more.

It would be super exciting to watch Chavans finally getting to see Sayi’s dance talent.

GHKKPM: Sayi wants Virat to gift one Ruby for Pakhi too