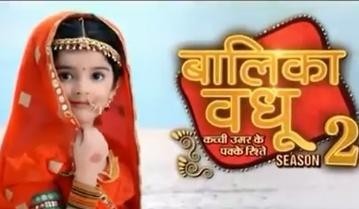 Colors TV is all set to be back with season 2 of the popular iconic social drama series Balika Vadhu.

The show's first season was a huge hit and had a good run on the small screens for many years.

Actor Sanjay Parmar is playing the negative lead on the show.

The promo of Balika Vadhu 2 is already out.

The cute girl seen in the promo being portrayed as a Balika Vadhu is Zara Khan who is the daughter of an actor and famous food blogger Mohsin Afroz Khan.

Apparently, Zara Khan is the niece of the actor and that makes her connection with him so special.

The shoot for Balika Vadhu 2 has already begun, first, 15 days are set to be shot in Rajasthan and later in Mumbai.

The show will be bankrolled by Sphere Origins.